Former Manchester United star David Beckham has admitted that it is ‘heartbreaking’ after witnessing his sons Brooklyn, Romeo, and Cruz decided against pursuing football as a profession. As such, his hopes are now completely hinged on his young daughter Harper, who is determined to make a living out of the beautiful game. 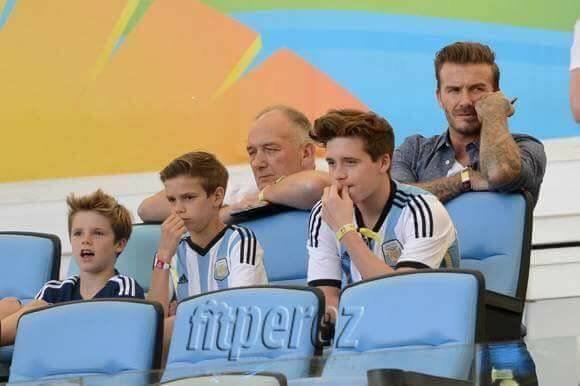 Beckham has watched all his three sons play football during the early stages and Brooklyn, in particular, had spent time in the Arsenal academy. However, the trio don’t seem interested in the sport anymore and Beckham’s hopes are now pinned on daughter Harper, who is the young member of the family at the age of six.

Speaking on BBC One's The Graham Norton Show: “Harper is playing every Sunday and loves it. The boys don't play and it's heartbreaking. They have a talent, but it's down to Harper now. Harper, whose middle name is Seven – the number worn by her father for United and England – is the youngest member of the Beckham family at just six years old. I get very enthusiastic when watching her. The other day a boy took her down and I had to think how to react with all the other parents watching me. Do I act like a Unicef ambassador or do I act like Harper's daddy? In the end, I let it go!”

Beckham was part of the class of 92 at Manchester United which included a number of world-beaters including Ryan Giggs and Paul Scholes. The Englishman enjoyed most of his success under Sir Alex Ferguson at United but he thereafter spent time with the likes of Real Madrid, LA Galaxy and Paris Saint-Germain before calling time on his career. Beckham could not quite replicate his scoring form following his United exit but he remains the only Englishman to have won the league title in four separate countries. The 43-year-old is currently planning for his Miami expansion franchise to join the MLS by 2020.