Premier League legend Michael Owen has claimed that Manchester City midfielder Kevin de Bruyne is a better all-round midfielder when compared with former Manchester United favourites Paul Scholes, Ryan Giggs and David Beckham. The Belgium international has shown exceptional vision through his passing over the course of the campaign, and this has pulled City clear at the top of the Premier League standings, while they are still in the running to win a quadruple. 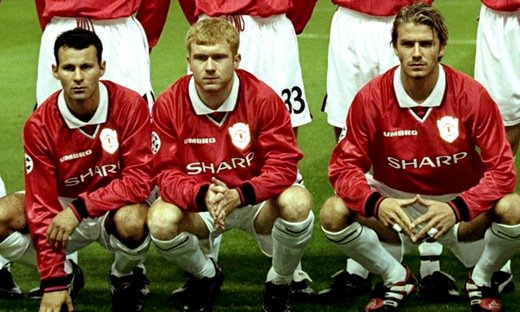 In a report covered by The Mirror, Owen said: "De Bruyne, Scholes, Giggs, Beckham would be my order. Beckham was a pure striker of the ball. He obviously mastered a great whip on his dead balls, but he had that long range fizz as well.

"A great clean striker of the ball.But I wouldn’t say he’d have the vision and ability of De Bruyne. Scholesy had great vision. Not only could he play a ball, but he had great vision. Giggs probably didn’t have the long range ping in his locker like a Beckham or a Scholes, but had unbelievable vision. Great vision."
Despite Owen's comments, it may be too early to make a judgement over the Premier League's best passer, given De Bruyne has not put a string of top-notch seasons together, whilst he has yet to secure the silverware which the United trio achieved.
The Belgium joined the Citizens in 2015 with the reputation of being a sleek passer, who can link-up play, but under Pep Guardiola, he has been given more freedom to push forward, and this has contributed to him achieving double-figures in his goal tally - for the second time in three seasons.
Manchester City are just six wins away from wrapping up the Premier League this season, and De Bruyne's presence is likely to be crucial in the coming months with the club aiming to compete across all four fronts. City are already through the League Cup final where they face Arsenal this month, and winning the competition could enhance the club's confidence further for the rest of the campaign.