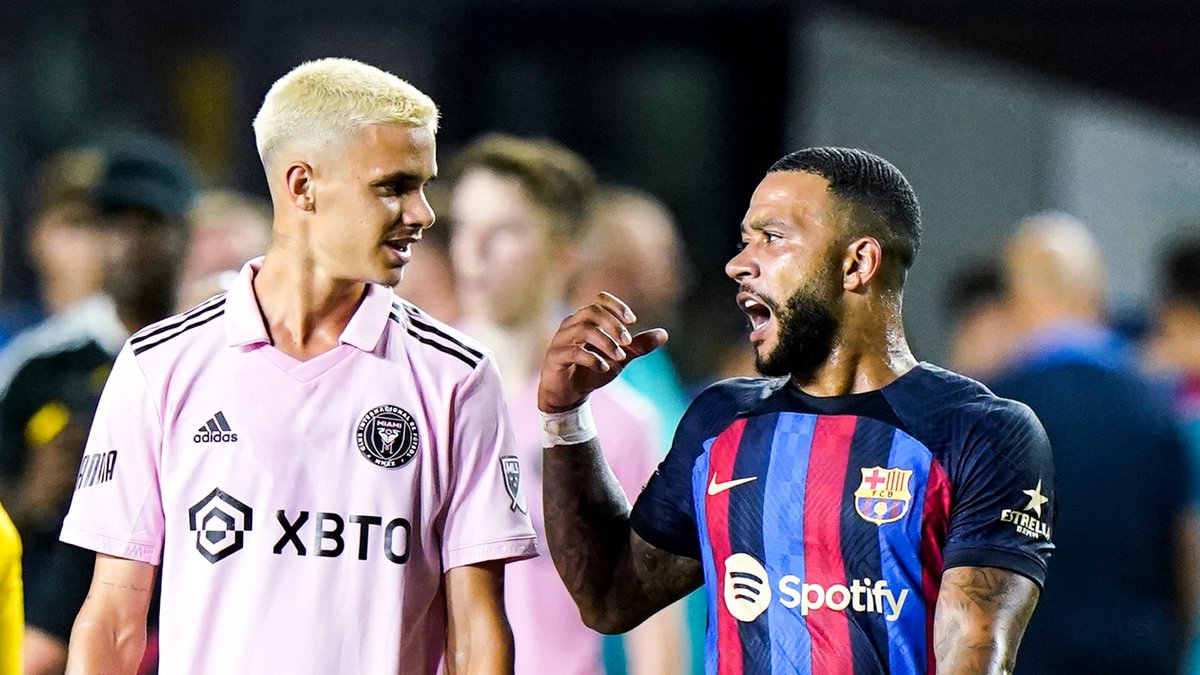 Inter Miami played hosts to Barcelona last week and Romeo Beckham played the last four minutes of the game having come on as a substitute for Bryce Duke who's two years older. 19-year-old Romeo entered into the game when Barcelona had already scored all their goals on the way to a convincing 6-0 victory. The quality between Inter Miami and Barcelona showed as the Catalan giants ran riot with two sets of attacking trio running riot.

Pierre-EmerickAubameyang, new signing Raphinha and AnsuFati started as the attacking trio against Inter Miami and they were all on the scoresheet in a 3-0 half-time lead. Aubameyang scored on 19 minutes before Raphinha added a second goal six minutes later for his first strike in a Barcelona shirt. Spanish international Fati rounded up the first half scoring with four minutes left. In the second half, Gavi, Memphis Depay and Ousmane Dembele were the attacking trio having come on as a substitute. They all scored in the second half to make it a comprehensive win for Barcelona.