Arsenal will have to pay at least £60m to land their top attacking midfield target this summer. This is according to the report from the stables of English publication Football London. 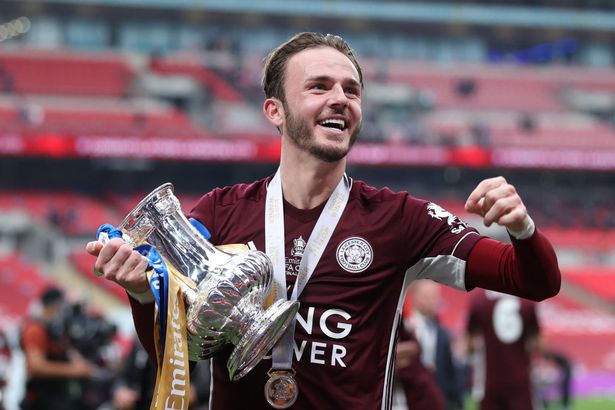 The Gunners have made Leicester City midfielder James Maddison their top transfer target. Arsenal manager Mikel Arteta is keen to add a creative midfielder to his squad and Maddison has been identified as a perfect man for the job. Alongside Real Madrid player Martin Odegaard, they are two attacking midfielders being targeted by Arteta and other Arsenal officials. The Gunners want to sign at least one of Maddison or Odegaard before this summer's transfer window ends. Odegaard knows a lot of things about the current Arsenal setup having spent the second half of last season at the club on a loan deal from Real Madrid.

James Maddison is renowned for his setpiece ability and he has been likened to England football icon David Beckham on several occasions.

Three years ago, Ex-Leicester City player Tony Cottee stated that Maddison reminds him of David Beckham.Cottee said the Arsenal target is a very good player before adding that the only disadvantage in his game is the lack of pace.

Cottee is certain that James Maddison has a lot of similarities with David Beckham. He takes freekicks like the England football icon and also runs like him. Maddison is also a good passer of the ball like Beckham and he's got good vision as well.

Recent reports disclosed that Leicester City rejected the player plus cash deal offered for Maddison by Arsenal mainly due to the lack of interest in the players being offered by the Gunners. Arsenal officials talked about players such as Ainslay Maitland-Niles, Reiss Nelson and Joe Willock during negotiations with Leicester City. The best way out for the Gunners is to offer a straight cash deal for the ex-Norwich City player.