Former Scotland player Neil McCann says that England lack a player like Paul Scholes are David Beckham, someone who can galvanise the team with their world-class talent. Beckham is regarded as one of the iconic English talents. He captained the country for several years and remained as one of the record appearance makers before being overtaken by Wayne Rooney. After his retirement a few years ago, Beckham has been looking to get into football ownership rather than football management. So far, his dream of becoming a football owner is yet to materialise.

Manchester United legend David Beckham has denied reports linking him to an ambassadorial appointment for his former club Real Madrid.

The former Three Lions skipper played for Madrid after he switched from Old Trafford in 2003. Popular Spanish news outlet Marca exclusively reported that the retired football star was set to take up a key role as Real Madrid planned a commercial expansion into the American market.

Former Manchester United player David Beckham was in Asia for a charity event as an ambassador for Marina Bay Sands.

The former Three Lions skipper reminded fans of his skills as he displayed some moves for the happy onlookers at the event. He posed for pictures in support for victims of the Kumamoto earthquake.

After making over 140 appearances for Republic of Ireland and scoring 60+ goals for his national side, Robbie Keane opted to hang up his boots and not play any further matches at the international stage.

Robbie Keane and David Beckham have a close relationship as both of them played alongside each other some time ago in the MLS in LA Galaxy.

Former Manchester United superstar David Beckham claims that he is worried about the progress being made by Liverpool under Jurgen Klopp.

The arrival of the former Borussia Dortmund manager was always expected to help Liverpool find a spring in their step. However, the impact made by the German has been quite profound and Liverpool have been playing much brilliantly than many would have expected. It was not a surprise that the club offered Klopp a new six year contract after witnessing him from close up for just six months. Just as Liverpool have progressed in leaps and bounds in the last 12 months, United have gone from bad to worse.

Back in 2007, David Beckham arrived in Los Angeles amid much fanfare and celebration among the Galaxy fans. It was a sign that the club would become instant title favourites and that the MLS could attract the best players in world football. 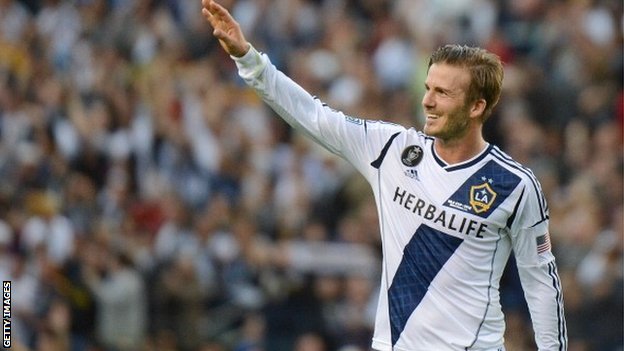 But ten years on has the Beckham effect had a positive impact on the MLS?

Former Manchester United player David Beckham has come out to declare his support for Manchester United and the coach Jose Mourinho, and saying that they will win the Premier League in his opinion in light of the quality of experience at the club on and off the pitch.

The player who recently appeared on a Sky Sports advert ahead of the new season in the English Premier League made his opinion public in an interview with Sky Sports. The former Real Madrid star spoke of how exciting the new season would be with many top managers now in the League.

Manchester United recently appointed José Mourinho as their new manager and the Portuguese has been waiting for this occasion for a long time. 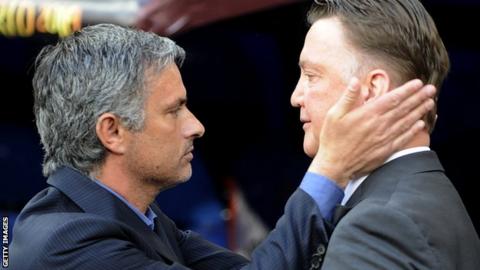 Even when he was at Chelsea in his first spell, Mourinho could not contain his admiration for Manchester United, who are one of the biggest clubs in the world.

Liverpool midfielder Emre Can says that he is proud of wearing the number 23 shirt for Liverpool. Previously, this was the Jersey number for defender Jamie Carragher, who is regarded as one of the finest players for the club in the last two decades. There have also been numerous stars famous for their iconic number 23 shirts and none more so than David Beckham. Even though the former Manchester United midfielder wore the No 7 shirt when he was at United, he adopted the number 23 to much success of the leaving the Red Devils in 2003.

David Beckham, a former Manchester United and Real Madrid midfielder says he is a huge fan of Jose Mourinho and believes the English public are too. The Portuguese tactician has been out of work since leaving Chelsea last summer but is widely expected to be appointed Louis van Gaal's successor at Old Trafford later this week.